From recession to gas prices, your economic questions answered

For the U.S. economy—and consumers and businesses—the second quarter of 2022 was trying, to say the least. As of May, inflation was up 8.6% from a year prior and, in June, consumer sentiment reached a record low.1 Now, as we enter the third quarter of the year, you may be wondering if the issues that beleaguered the first half of 2022 will be resolved. Will the Fed’s rate hikes cause a recession? What will happen in the markets? In this Q&A, BOK Financial Chief Investment Officer Brian Henderson addresses these and other concerns.

How much does the Fed accelerating its rate hikes increase the chances of a "hard landing" or recession?

Based on their reaction to the FOMC’s 75-basis point hike in June, the markets are pricing in close to 50-50 odds of a recession occurring over the next 12 months. However, I’d put the chances of recession at around 35% to 40%. That is certainly higher than the average chance of recession in any given year, and there are clear signs that the economy is slowing down. You can already see it in the housing market, which is one of the sectors that is most sensitive to interest-rate increases. In May, existing-home sales declined for the fourth consecutive month.2

That said, the economy is not falling apart. For one, the U.S. is still adding jobs. Non-farm payroll employment increased by 390,000 in May.3 That's down from around 600,000 earlier this winter, but it’s still a pretty healthy clip. The number of people who have filed for unemployment for the first time has picked up somewhat, but it’s not alarming by any means. As of the week ending June 25, the four-week moving average of initial claims was 231,750, an increase of 7,250 from the previous week's revised average of 224,500.4 And so, the bottom line is: although the accelerated rate hikes do increase the probability of a recession, recessions are relatively rare and, in my opinion, it’s still more likely that one won’t occur this year.

If the Russia-Ukraine conflict and China's COVID-19 lockdowns resolve relatively soon, how might that affect the U.S. economic outlook versus a longer-term outlook for those situations around the world?

China’s COVID-19 lockdowns are already starting to resolve, so that’s one bright spot. The lockdown in Shanghai ended on June 1, and it looks like the Chinese government is moving towards a different approach to dealing with the Omicron variant, which is, as we know, very virulent and easily transmissible. They’re now focusing more on mass testing and isolated lockdowns rather than big metropolitan areas having to shut down.

At the same time, President Xi Jinping recently reiterated China’s economic and social development goals for 2022 and said they would adopt more forceful measures to achieve them. Since then, Chinese equity markets have rebounded. However, we’re still waiting for China’s infrastructure activity to pick up substantially. Although it wouldn’t have a dramatic impact on our economy, it would lessen supply chain issues, which are already improving, and help create increased economic activity in the U.S.

I’m less optimistic about any sort of immediate or short-term peaceful resolution to the Russia-Ukraine conflict. If it were to happen, then certainly we would see commodity prices come down, which would help U.S. consumers. There would also likely be a rally in European equity markets, which would spill over worldwide. However, again, the odds of the conflict ending soon is very, very low.

What's the outlook for bonds and equities, as rate hikes continue?

Right now, the bond market expects the Fed to hike the Federal Funds rate to 3.5% by the end of the year. If the Fed is able to hike rates to that number, economic activity would be close to recessionary levels and there would be a lot of pressure on the Fed to pause. Longer-term bonds likely would rally because the rate hikes mean that the Fed actively is dealing with future inflation. However, corporate bond prices will fall as the rate hikes continue. Equity markets also will be impacted negatively because, as economic activity slows it puts pressure on companies’ earnings, profit margins and revenues.

What economic indicators should businesses be paying attention to?

There are some data points that business owners can watch on a daily basis. A big one is stock prices. If they reach new lows, then the odds of a recession will increase. Also pay attention to the shape of the bond yield curve. If the curve becomes inverted, where yields on shorter-term bonds are higher than those on longer-term bonds, that would tell business owners that there is going to be a more dramatic slowdown. Other numbers to watch monthly include inflation data and consumer spending, as indicators of where things are going. For instance, if inflation isn’t moving down, the Fed will likely have to increase rates in larger increments.

Considering the Fed’s dual mandate of price stability and maximizing employment, which of these is more important right now for the health of the overall economy?

Right now the labor market is beyond full employment and inflation is well above the Fed’s 2% target, so they are definitely more focused on inflation. Going into the year, the Fed was very sensitive to the financial markets’ reaction because the Fed felt the odds of a recession were low and that a soft landing was most likely outcome for the economy. Now, the Fed is more focused on getting both current inflation and long-term inflation expectations under control and consequently is less sensitive to the markets. The Fed can’t afford to dawdle on hiking rates: they need to move forward.

Would the proposed suspension of the federal gas tax have a meaningful impact?

I don’t think so. For one, the odds of it passing are fairly low and, even if it does happen, the suspension would only last three months. However, more significantly, a federal gas tax holiday really doesn’t solve the crux of the issue. As a country, we haven’t invested enough in refineries and new energy resources. Until the White House and Congress partner with the energy industry to solve this, I don’t see an 18-cent reduction in taxes doing anything material to bring gas prices down. That’s not to say that a federal gas tax holiday would be a bad thing; it just wouldn’t be significant in addressing the severe structural undersupply issue that the country faces. 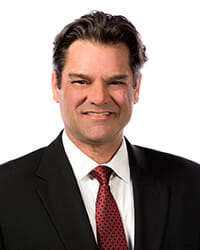 This report was prepared by J. Brian Henderson, CFA, Chief Investment Officer for BOK Financial.
For more on what’s ahead for bonds and equities through the remainder of 2022, see BOK Financial’s Midyear Market Outlook.

Investments are not insured by the FDIC and are not guaranteed by BOKF, NA or any of its affiliates. All investments involve risk, including loss of principal. Past performance does not guarantee future results. There is no assurance that the investment process will consistently lead to successful investing. Asset allocation and diversification do not eliminate the risk of experiencing investment losses. Risks applicable to any portfolio are those associated with its underlying securities. NOT FDIC INSURED | NO BANK GUARANTEE | MAY LOSE VALUE

The content provided herein does not constitute advice or a recommendation or offer to sell or a solicitation to deal in any security or financial product. It is provided for information purposes only and on the understanding that the recipient has sufficient knowledge and experience to be able to understand and make their own evaluation of the proposals and services described herein, any risks associated therewith and any related legal, tax, accounting or other material considerations. Recipients should not rely on this material in making any future investment decision. To the extent that the reader has any questions regarding the applicability of any specific issue discussed above to their specific portfolio or situation, you are encouraged to consult with a qualified lawyer, accountant, or financial professional.